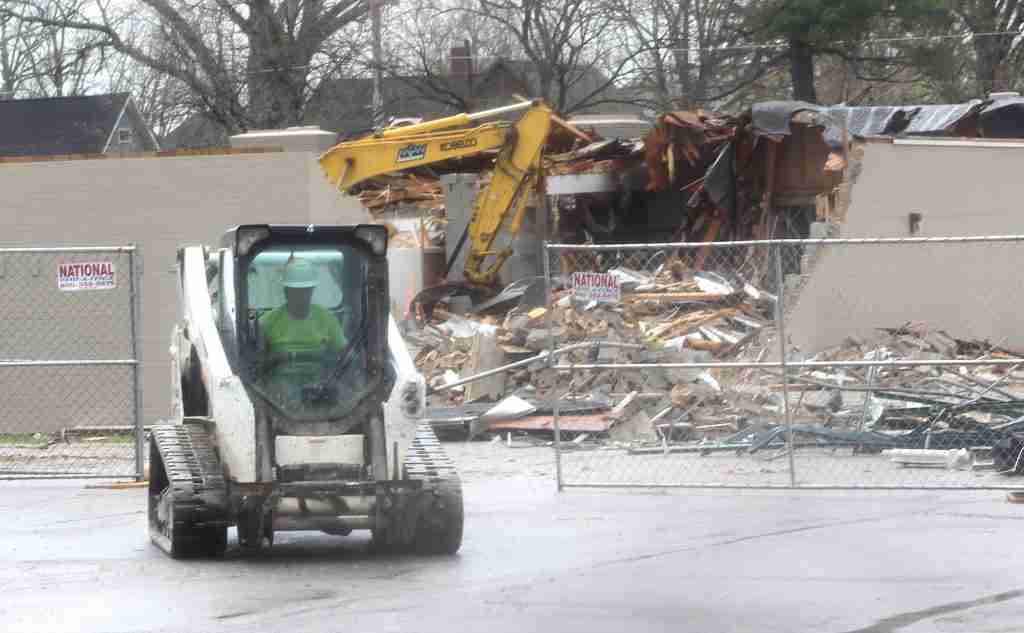 Demolition started Wednesday, April 29 at the former Oberlin Clinic on Route 511. Workers from Ross Builders Co. of North Ridgeville used excavators to smash the long-standing medical building to pieces. It was started in 1962, and its demise comes after the opening of Mercy Health’s new Wuu-Shung and Amy Chuang Medical Center next door. The Oberlin Clinic grew over the years from seven physicians and a dentist to 35 physicians and allied health personnel, according to historian and former doctor W. Jeanne McKibben. Allen Hospital purchased the clinic in 2000, and later became part of the Mercy Health system.

Regis is second Oberlin school board member to resign in 2020