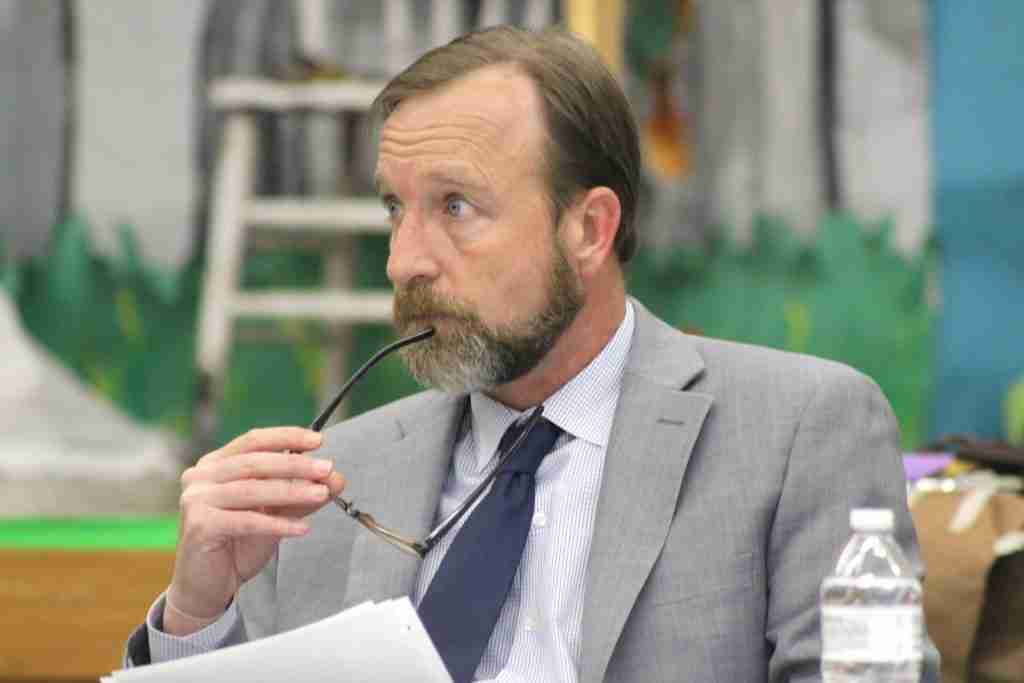 Unknowns piled up Monday night, leaving the Wellington school board with more questions than answers.

The big one: Would there be a decision on its bond issue and levy before summer?

“As the situation remains fluid, we’re going to have to adjust, because nobody knows where it’s going,” board President Brett Murner said during a meeting at Westwood Elementary School.

Ohio Gov. Mike DeWine had announced a few hours earlier that his administration planned to file a suit seeking to delay the spring primary through June 2, with only absentee voting due to the dangers posed by COVID-19.

Later in the evening, a Franklin County judge ruled against closing in-person voting, and the election was back on as planned.

The roller coaster ride will give the Wellington Schools about three more months to campaign for Issue 16, which would generate $8.7 million to make repairs at Westwood Elementary and Wellington High.

If adopted, the measure would also provide regular income earmarked only for building and grounds maintenance and equipment purchases.

But school board member Ayers Ratliff worried the extension could lead to election fatigue. “You run out of gas, know what I’m saying?” he said.

DeWine closed all schools in Ohio amid sweeping measures to prevent the spread of the coronavirus.

“Obviously this is a situation no one’s every lived with and gone through these extended school closings,” said Murner.

Students have been sent home with Chromebooks and expectations to keep learning. Those without internet access were given written packets to work on.

Some administrators may be working from home, said Superintendent Ed Weber. All are developing long-term contingency plans.

School is tentatively set to resume Monday, April 6, if state officials decree the health emergency to be over. It doesn’t look like it’s heading that way, however — Wellington educators on Monday said it’s likely the academic year is over.

“I know there’s a vast amount of things we need to think about ourselves if this extends beyond three weeks, which seems fairly likely,” said Murner.

Either way, economists predict a recession is in the cards. Everything from movie theaters to rec centers has been shut down, restaurants have been limited to carryout and delivery, many businesses have sent workers home and the state saw a dramatic spike in unemployment over the past week.

That’s a disaster for working people, and a huge red flag for schools that rely on tax revenue.

“I just hope and pray that we don’t take the kind of hit we did in 2008 from our income tax,” Ratliff said.

Ratliff also serves as Wellington’s liaison to the Lorain County JVS board, and expressed concern over how closings are limiting vocational studies.

Students at the JVS get hands-on experience in the trades in laboratory settings, “and you can’t replace that, let’s be honest,” he said.

“You can’t get that learning back. You can’t have carpentry and you’re building something at home. It won’t happen.”

Seniors will also lose out on programs that would have connected them with jobs, he said.

Another issue: Less than 50 percent of JVS students have internet access at home, which means they can’t keep up via remote learning.