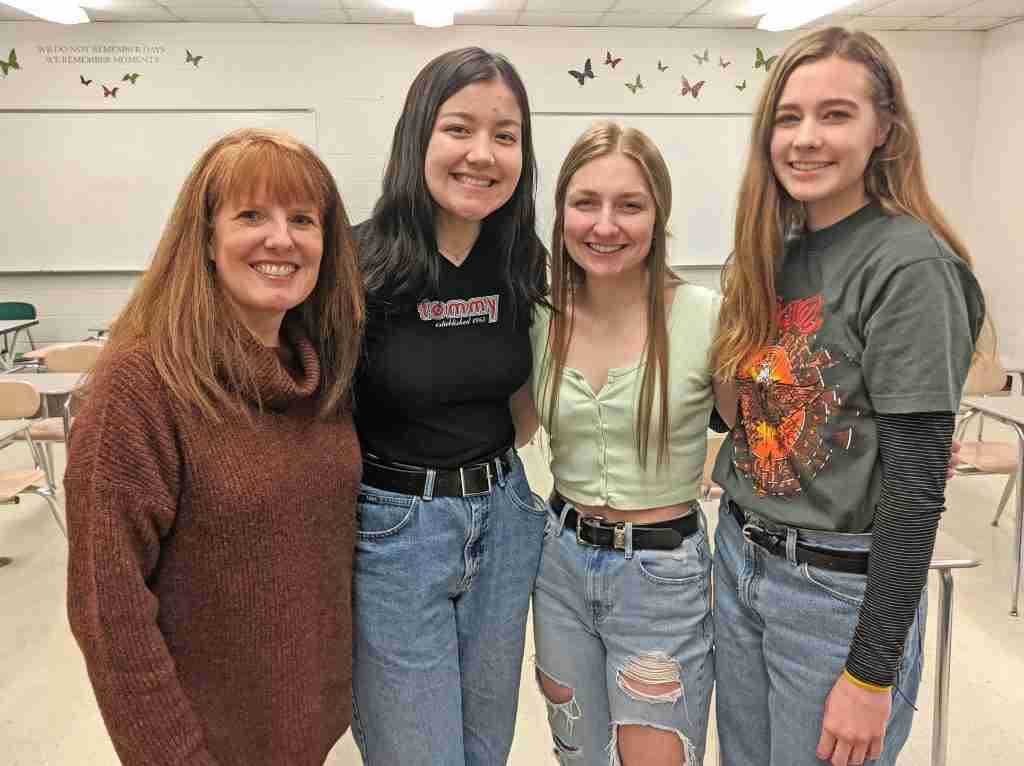 They rap, sing and finesse the keys — and this Amherst Steele High School trio is taking a song to Broadway.

Sophomores Camilla Isaacs, Gabby Smith and McKenna Pfeiffer will head to the Big Apple next month to see the musical “Hamilton” and meet the cast at the Richard Rodgers Theatre.

While in New York, they’ll also get to explore a vault containing some of America’s most prized relics, documents penned by the founding fathers.

A musical tribute to “founding mother” Abigail Adams, wife of second president of the United States John Adams, won them the trip.

In October, the Steele students penned a song for the Hamilton Education Program Online National Competition and Lottery.

The girls analyzed letters written between the Adamses after the Revolutionary War.

One stood out. In it, Abigail pleaded with her husband to “remember the ladies” by recognizing women’s suffrage when forming the fledgling nation.

“It was the birth of feminism is America. It was a big, radical idea,” said Pfeiffer.

Isaacs said research shows John Adams deeply respected his wife and relied on her advice — their relationship was modern for the period — but he felt equality was a bridge too far.

“His response was almost like scolding a child,” Pfeiffer said. “He was like, ‘I’m here trying to put all the states together and you’re worried about your rights.'”

Teacher Janet Grissinger said her students were up against groups from 76 schools, mostly art schools, and didn’t think there was much chance of winning.

On Feb. 28, they received word that they were among the 10 groups invited to travel to New York from April 7-9, and their song will be performed on stage. “We had no idea it could be this real,” Smith said.

Pfeiffer said she was so happy she collapsed on the floor, crying. “I’m a theater fanatic, so being able to say that a song I wrote is on Broadway and is being seen by people is a huge validation of what I’m doing,” she said.

Grissinger called it “one of the great moments of being a teacher” to see the girls celebrate their win.

“The history girls,” as Grissinger has nicknamed them, said Abigail Adams would be happy with the level of equality present today in American society — but not completely satisfied.

“She would say not to stop reaching, because there is still oppression today, even if it’s far from the same level it was at back then,” Pfeiffer said.

Isaacs said Abigail Adams would be surprised to learn how long it took for women’s basic voting rights to be recognized. They were enshrined in the 19th Amendment, which was ratified in 1920 — 120 years after Adams died.

This year marks the centennial of women’s suffrage.

Grissinger said she appreciates the ideas Smith, Isaacs and Pfeiffer bring to class each day are so broad.

“That’s what I think allowed them to embrace this,” she said.