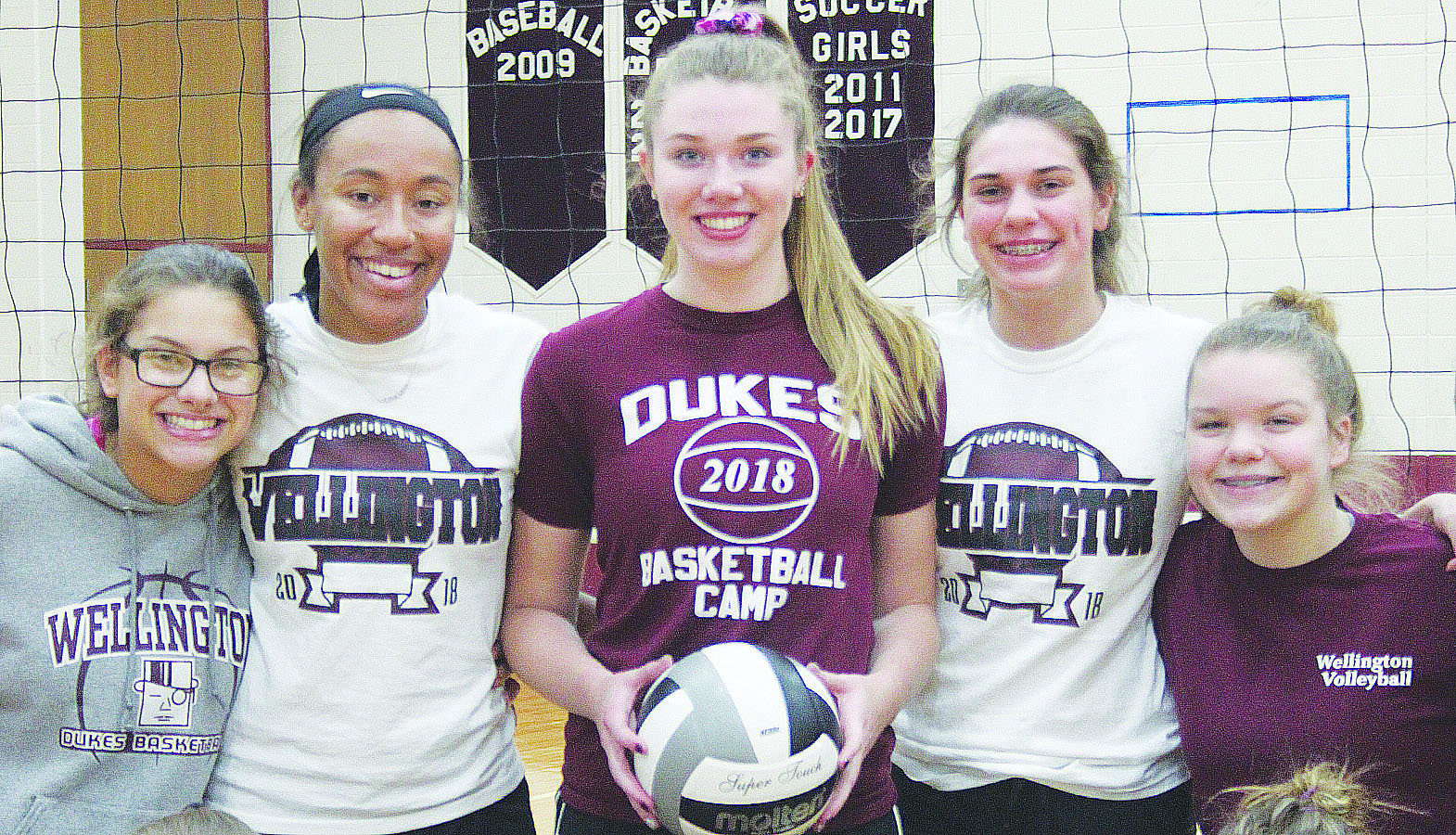 During the tournament, Lehmkuhl also surpassed the school career assist record of 1,042 set by Cari Greetham.

“It’s very exciting to have girls look up to me and I always want to help every girl that comes out to play,” Lehmkuhl said Oct. 19 as she and teammates prepared for the weekend tourney.

“If you help someone, that person is more likely to help someone else when it’s their turn to guide and lead.”

“In a small town community, everyone is at all the school events to cheer you on,” Lehmkuhl said. “Everyone cheers and it lets players know people are there for them. It’s super exciting to have my numbers be up there as some of the best in school history and it’s a big payoff for a lot of time spent in the gym.”

On the basketball court last season, Lehmkuhl led Wellington to a 19-3 record and district semifinal berth. The team took home a Patriot Athletic Conference championship and finished a campaign with an unblemished conference record for the first time in 30 years.

Lehmkuhl has twice been named to the PAC first team for basketball and last season secured conference MVP honors.

“When you’re a leader you have to stay on the ball and be encouraging at all times,” she said. “You just have a lot of people looking at you and you can’t forget about that.”

First-year volleyball coach John Fells called Lehmkuhl “our captain, our general on the floor, and just very good in every aspect of the game.”

“As a coach, your job is very nice when you have that kind of player. She’s just a great girl and everything you could possibly want in a teammate and leader,” he said.